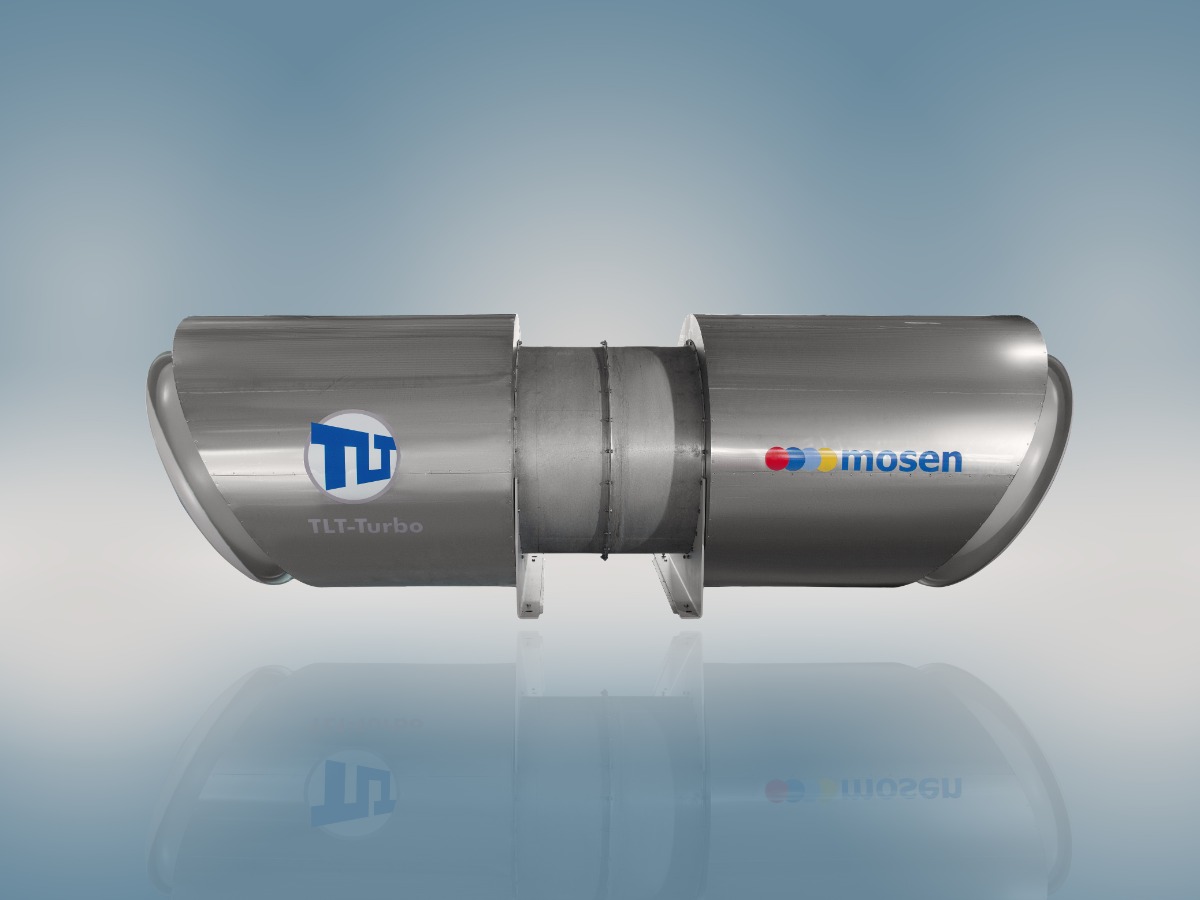 The MoJet® has been developed through a close cooperation between engineers and the R&D teams at TLT-Turbo and Mosen Ltd, as well as renowned universities. Through extensive research and testing, the two firms jointly developed this innovative product for tunnel ventilation.

According to Lars Lehmann, TLT-Turbo Tunnel & Metro Product Manager, what differentiates the MoJet® is its ability to increase aerodynamic thrust and deliver incredible ventilation performance while consuming less power.

“Conventional Jet Fans are the standard means of providing longitudinal ventilation in tunnels. However, they suffer from the following significant disadvantage compared to the MoJet®,” Lehmann explains. “Thrust is lost due to friction between the jet and the tunnel surfaces. Typically, 30% to 50% of thrust is thereby lost.”

The reversible MoJet® tunnel ventilation system can increase in-tunnel aerodynamic thrust by up to 50%, with reduced power consumption. To achieve such a significant improvement in performance, the MoJet® uses shaped nozzles which turn the jet flow away from the tunnel soffit and walls. This reduces surface friction, minimizing the Coanda Effect, where a reduction in static pressure due to the high jet velocity tends to deflect the jet towards any solid surface. The MoJet® represents a significant improvement over older technologies to reduce the Coanda effect, such as slanted silencers and jet flow deflectors.

“Major infrastructure projects must demonstrate sustainability and value for money while delivering the required performance. That is why we have developed the MoJet®, an innovative tunnel ventilation system which has been installed worldwide,” says Dr. Tarada. “The innovative design results in markedly improved energy efficiency and fewer or smaller jet fans being required to provide the same degree of ventilation, as verified by independent measurements in full-scale tunnels.”

Dr. Tarada adds that MoJets® do not encroach upon the traffic envelope and can be installed very close to tunnel walls and soffits, reducing space requirements and construction costs.

Earlier this year, TLT-Turbo undertook an extensive series of laboratory tests and site tests within the Rendel Street branch of the Mersey Queensway Tunnel in Northwest England on a 1.25m internal diameter MoJet® with an equivalent conventional jet fan. Mosen Ltd supported the testing with detailed aerodynamic design using 3D Computational Fluid Dynamics (CFD). The measurements indicated a dramatic increase in the in-tunnel thrust, for no increase in motor power consumption.

“The MoJet® technology represents the next generation of tunnel ventilation design, offering a reduction in the required number of jet fans and overall tunnel power demand, as well as a marked improvement in sustainability and energy efficiency,” Dr. Tarada concludes.