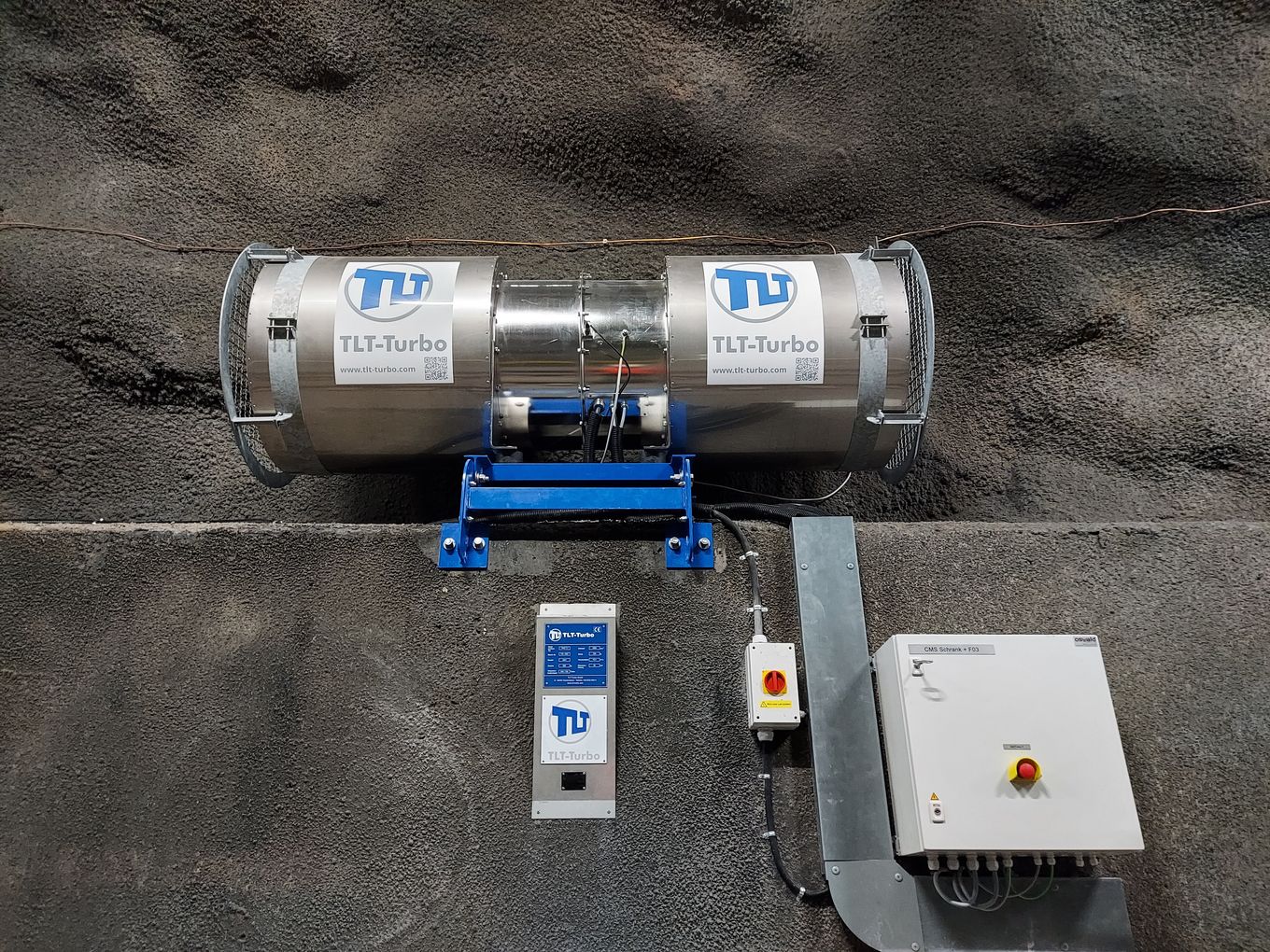 TLT-Turbo looks forward to continuing building the bridge from real to digital at the revolutionary Tunnel Digitalization Centre.

In September 2021, TLT-Turbo commissioned one of their jet fans at the TDC, which will be used from now onwards for research projects in a real tunnel environment including the joint development and testing of digital products.

For the first time in history, this unique tunnel center allows demonstration and simulation in a realistic environment.  The “Tunnel Digitalization Center” project was initiated by the Swiss Center of Applied Underground Technologies (SCAUT). Through the continued use of new technologies and innovative concepts at the TDC, the center now consists of a BIM Centre, a Control and Training Centre, a Simulation Centre and, a cloud center.

Alongside TLT-Turbo, the SCAUT consortium consists of other leaders within the industry namely Amberg Engineering Ltd, Siemens Ltd, Elkuch Group Ltd and HBI Haerter Ltd. First and foremost, TLT-Turbo GmbH was chosen as they are a leading global expert in the production of fans for a range of industries. Amberg Engineering Ltd are used for infrastructure construction alongside Amberg Technologies Ltd for surveying and scanning, Siemens AG for automation, Elkuch Group Ltd for door systems, and lastly HBI Haerter Ltd for tunnel ventilation simulations.

In the future, most people will live in urban areas. The use of the third dimension, not only upwards but also underground, will be an essential part of urban development. Its goal is to use the surface space as open space and living space for people and social interaction, and to include the underground as part of the usable space. The tunnel Digitalization Center (TDC) offers the unique opportunity to experience the interaction and transformation from real to digital directly in the tunnel.

New technologies and innovative concepts can be demonstrated on a scale 1:1, which leads to a better understanding of complex processes and procedures as well as a high level of cost-efficiency.

“We at TLT-Turbo aim to continue improving specific areas of application in the future within the framework of the TDC, particularly by working on the digital twins in the context of BIM (Building Information Modelling) and how to improve the condition monitoring of fans” says Adrian Wolf, our Global Functional Manager for Product Management.

Warning: Trying to access array offset on value of type bool in /var/www/vhosts/tlt-turbo.com/tlt-turbo2019/wp-content/plugins/wordpress-gdpr/public/class-wordpress-gdpr-privacy-settings.php on line 100